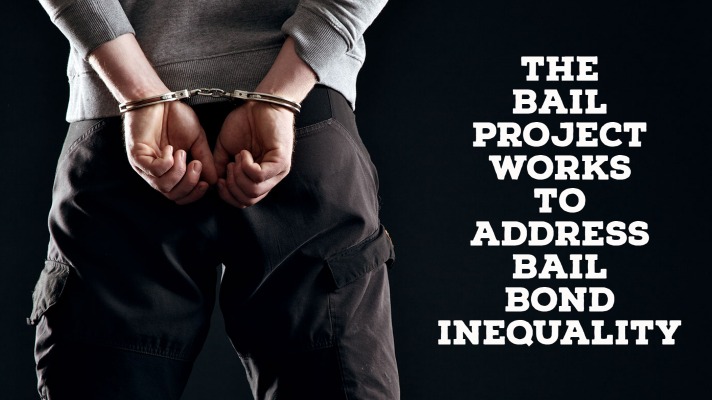 The bail bonds system in the United States is anything but fair. Many people are left sitting in jail because they cannot afford to pay the bail. Clearly, if you are in jail awaiting trial you cannot support your family and meet other obligations. What happened to innocent until proven guilty? There is a group that is asking that same question, and they are taking steps to even the playing field, so to speak.

The presumption of innocence is not just a right in the United States, it is considered a human right. The United Nations Universal Declaration of Human Rights, Article 11 recognizes that anyone charged with a crime is considered innocent until a trial finds them otherwise.

How Does Jail Bonds Break the Law?

The idea of having to post money or property to get out of jail while you are awaiting trial dates back to our roots in England. Around the 13th century, the idea of posting some sort of security as jail bonds to be released from prison began.

Much like today, poor people that were charged with mostly economic crimes because they were poor, had to pledge whatever they could to the bail bondsman to get out of jail. Of course, today, being someone’s serf is not an option or an indentured servant, but it is still tremendous financial stress.

Let us recap to fully drive home why bail bonds should be against the law. Let’s say you are wealthy, wealthy people typically do not commit petty crimes, they usually commit the most serious crimes. If you are well off and your bond is ridiculously high, you can still pay it. It does not matter what the crime was, you have the money, you pay it, you go home.

If you are not quite at the top of the heap when it comes to finances, even the smallest petty theft bail bonds, can be difficult to come up with. When you are struggling to literally keep the lights on a few hundred dollars will keep you or your loved one in jail.

Can you see the injustice yet? Wealthy people are able to pay, get out, and participate in their defense. Poor people do not. Ultimately, both parties are “supposed” to be innocent until proven guilty, yet one is sitting in jail for months waiting for trial.

Bail bonding services may seem like a Godsend to desperate people but the fact is, it is really a predatory lending scheme at the worst possible level. Here is why. Wealthy people have no problem tapping into their bank account to pay criminal bail bonds. They pay their bond, get out of jail, and when their case is done, the money is returned.

Guilty or innocent if you can pay the full criminal bail bonds to the court, the money is returned when the case is over. If you have to use a bail bond company, you do NOT get the money back that you pay.

The bail bond agency charges anywhere from 10% to 15% to sign for criminal bail bonds. That fee is never returned. If the bond is $10,000 you have to pay the bond agent between $1000 to $1500. That is cost-prohibitive for many people that have been arrested.

Some 24 hour emergency bail bonds services are understanding, they will work with you. They will take the title to your car, they will take weekly payments out of your paycheck, some have even been known to take jewelry and other items of value on top of the money that you can pay.

Now, let’s say you are struggling financially and your family has sold off what they could and scraped up the money to pay the bondsman. How do you pay your bills? How do you pay a lawyer to help defend you? How do you feed your kids?

Of course, in many cases, no one has the means to scrape up the money, so you sit in jail until your trial date. Guilty or innocent the prosecution is going to use that time to push for a deal. After a few months of sitting and waiting for a trial date and offer to plead guilty to a crime you did not commit that will get you out of jail starts to sound pretty good.

Abuse of The Justice System

Criminal bail bonds are an abuse of the justice system, and it is primarily abusive to people of color, and the poor. Prosecutors know the easiest way to clear their calendar and get the convictions that they need is to keep people behind bars.

While some states are passing legislation that will put an end to holding people in jail when they have not been convicted of a crime, the push has been rather slow. The Bail Project was founded to get people home with their families and to be able to participate in their own defense.

The Bail Project is an advocacy group that uses donations to help people meet bail needs. The ultimate goal is to put an end to the cash bail system. Mass incarceration and being punished for being poor is an epidemic in the United States, the Bail Project is taking steps to even the playing field.

The Bail Project takes the donations that are received and pays criminal bail bonds, as each individual meets their court obligations the money is returned to the fund and new criminal bail bonds are paid to help the next person.

This powerful grassroots effort is having a positive impact on the criminal justice system by helping people maintain their freedom and take back the presumption of innocence. About half a million people every night are sleeping in a jail cell that has NOT been convicted of a crime. Their only crime is that they cannot afford to pay criminal bail bonds.

About 75% of the people in local jails right now are there only because they have not been able to pay the bail. Over the last two decades, 99% of the increase in jail population is made up by people that are unable to “make bail”.

Over a Decade of Help

The Bail Project has helped thousands of people to gain their freedom, and it has been a very eye-opening experience. Some of the things that this group has discovered include:

The ultimate finding is the criminal bail bonds are not really doing anything more than keeping people incarcerated needlessly and making the prosecutor’s job easier. The Bail Project is helping people get back to their families, stay employed, and ensuring that they can fight for their rights.

What started at a kitchen table has grown wings and taken off. Over 14,000 people have benefited from the Bail Project. There are partnerships across the country from coast to coast that is cropping up to help people get out of jail while they wait for their trial.

The beauty of this project is that the revolving fund is so powerful that a single dollar donated today can help up to 15 people over the next five years. More states are looking closer at how and why people are being incarcerated.

The Real Cost of Incarceration

The math simply does not add up when you consider how much it costs to incarcerate someone. Federal estimates are $99 per day per person in incarceration costs. It costs taxpayers $100 per day to imprison someone, and many of those that are imprisoned have never even been convicted.

If you pay taxes you are paying your fair share to keep someone in jail that has never even gone to trial yet. If every taxpayer put ¼ of the daily rate toward someone’s bail the jails would empty out pretty fast.

There is a tremendous cost to society not only in the cash kind. What does it say about us as a people if we tell someone that criminal bail bonds costs are what their freedom is worth. Aren’t we the country that is so big on freedom it is stamped on just about everything we do?

Many people that cannot make bail and have to sit in jail sit there for months, sometimes years. They lose their jobs, their homes, custody of their kids, they lose everything. Guilty or innocent they are stripped of everything that they own and all their freedoms. How do you measure that kind of cost?

It Was Never Meant to Be This Way

What happened? Some people say it is that we got lazy. It can be hard to prove a crime beyond a reasonable doubt. It can be a lot easier to let someone sit and stew in jail and make a deal. The United States incarcerates more people than any other country in the world. It can be hard to keep up with all that proving and easier to just let people sit a while then throw up their hands in disgust and admit to crimes they did not commit.

The justice system is not very just in the United States. Having groups like the Bail Project helps to even the playing field for the people in the US that suffer the greatest. Changes will come only when people stand up and refuse to stand by and watch people be held captive because of a bailbond.

Clearly something needs to change. The Bail Project may not be able to change everything, but they are doing a good job of changing things for those that they can. Donations are tax deductible and every single one goes right to someone’s bail.